How to Install Terraform on Ubuntu 18.04

In this article, we will learn how to install Terraform on Ubuntu 18.04 and how to get started with Terraform.

The first way to install Terraform on Ubuntu 18.04 we can use snap package manager. This command similar apt command, you can read more about snap right here https://snapcraft.io/

If the snap command has been installed you can run this command to install terraform on your ubuntu :

After finished installation of the dependency and download binary file, next you can extract the file archive of the terraform and move it file binary to folder /usr/local/bin. To do that you can follow this command bellow :

Finally, if the terraform has been installed to check installation you can run this command to ensure the installation has been successful.

Note: In the above, you can see the line with variable ${var<name>} which means right there you can fill with your variable configuration. This configuration use OpenNebula as a cloud provider means this is to use a private cloud. If you want to use AWS, DigitalOcean, GCP, or other you can change the provider in the first line to the provider name of Cloud Provider.

After you create the main.tf to run the configuration you can execute this command first to initialize:

That command will be showing the result like this :

After successful initialize and then you can run the common below :

This command to check the plan of VM/Server which will be you creating also simulate create VM/Server without actually not creating anything on OpenNebula or Cloud Provider, and will be showing the result :

Then if the plan of VM/Server it’s alright, you can apply that plan with the command :

And after running apply command it will need to take confirmation action and will show the prompt like below :

If the process of creating VM/Server finished you can run this command to check the IP of VM on terraform output :

To destroy the VM/Server with terraform you can run this command :

And after running that command it will need to take confirmation action to destroy the VM/Server like below :

Type 'yes' and then press Enter to destroy the VM/Server

Using Terraform will be helping the System Administrator or DevOps to build the Infrastructure Server of some projects. Terraform command one of a popular tool to manage infrastructure, like Ansible command. Terraform can be integrated into several Cloud Providers such as AWS, GCP, Linode, Vultr, DigitalOcean, and others.

How to Install Vagrant on Ubuntu 18.04 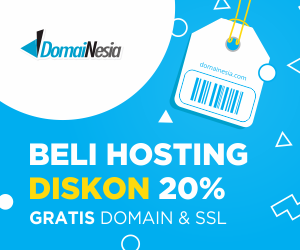